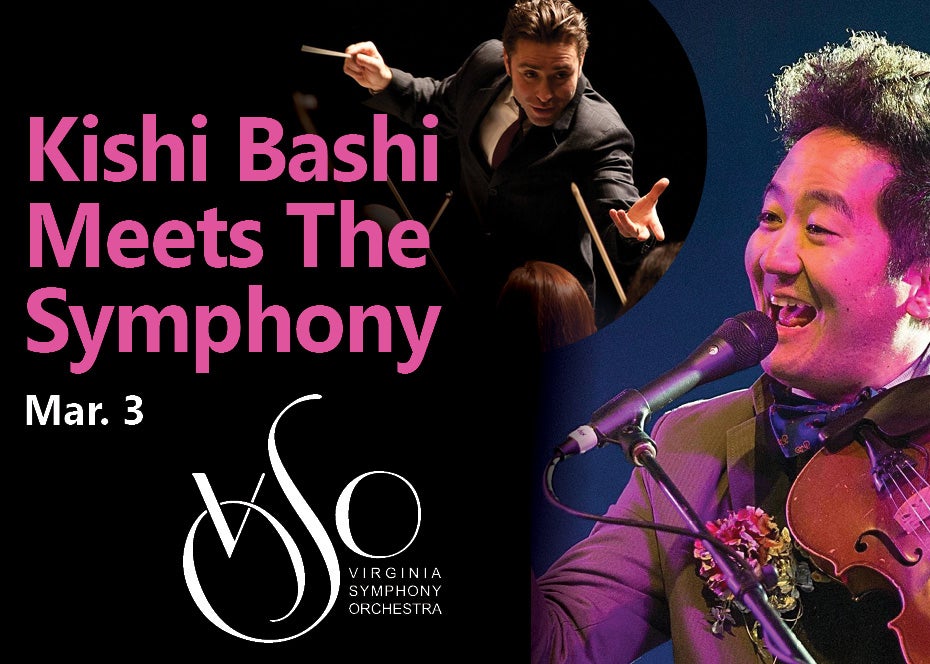 Patrons are currently required to wear face coverings while inside the Ferguson Center, regardless of vaccination status.

From South by Southwest to Austin City Limits, the internationally celebrated singer, multi instrumentalist and songwriter Kishi Bashi has been pushing musical boundaries since growing up in Norfolk. Written in honor of the 75th anniversary of the internment of Japanese Americans during World War II, his multimedia presentation combines elements of film as well as recorded and improvised music. The work was premiered by Miami’s Nu Deco Ensemble in 2018 with co-founder and artistic director Jacomo Bairos on the podium.

IMPORTANT NOTICE REGARDING COVID-19 FOR PATRONS

An inherent risk of exposure to harmful pathogens like COVID-19, exists where people gather for events such as this one. Due to the contagious nature of COVID-19, Christopher Newport University requests that all attendees follow the posted guidelines while participating in the event. By choosing to attend this event, you are acknowledging the risks, your willingness to assume those risks and your agreement to abide by the applicable health and safety measures that are in place at the time of this event.